The Digital Divide Working Group (DID) will be holding online elections for two co-Chair positions, for the term 2021 - 2025.

The elections will be held online from 16 June until 14 September using the SurveyMonkey platform. Individual members and representatives of institutional members who are also registered as members of the DID working group are eligible to stand for a position and to vote.

The current officers Olga Smirnova (chair) and Anna Gladkova (vice-chair) are ending their terms this year, and Massimo Ragnedda was elected Vice-chair in 2018. Anna and Massimo are seeking to be elected as co-Chairs.

Interested candidates must send their name, institutional position, a statement of no more than 500 words and a photograph to elections [at] iamcr.org with a copy to the DID working group’s current officers, Olga Smirnova (smirnovaorama [at] gmail.com), Anna Gladkova (gladkova_a [at] list.ru) and Massimo Ragnedda (massimo.ragnedda [at] northumbria.ac.uk), no later than 16 May. 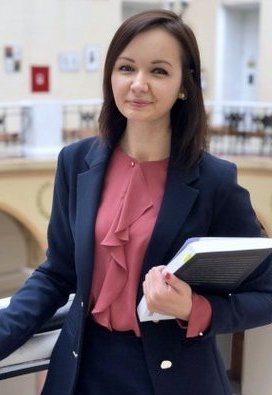 I am Leading Researcher and Director of International Affairs Office at the Faculty of Journalism, Lomonosov Moscow State University, Russia. As Director of the International Affairs Office, I oversee all faculty exchanges and international projects with partner universities and associations from abroad. I have published more than 50 articles and chapters in English and Russian over the last ten years, and edited collections on digital inequalities, digital divides, ethnic media and multicultural affairs. My most recent books include Digital Inequalities in the Global South co-edited with Massimo Ragnedda (Palgrave Macmillan, 2020), Ethnic Journalism in the Global South co-edited with Sadia Jamil (Palgrave Macmillan, forthcoming) and Digital Inequalities in Multicultural Contexts: A Global Perspective co-edited with Elena Vartanova and Shi-xu (Routledge, forthcoming). I serve on editorial boards of several journals including Digital Journalism and Journal of Multicultural Discourses. I was also recently awarded a number of research grants, including grants from the Presidential grant council for the state support of young Russian scholars, Russian Foundation for Basic Research, and Fulbright.

I have been closely affiliated with IAMCR since 2015, first as secretary of the Digital Divide Working Group (DID) and starting from 2016 as Vice-Chair. I am also proud to be IAMCR Ambassador in Russia and member of the IAMCR International Council. In the last few years, I have been actively working on increasing IAMCR’s general presence and DID’s presence in Russia, Eastern Europe and in the global academic community, organizing events co-sponsored by IAMCR and co-organized by DID (Moscow Readings conference, ‘Journalism’ conference, a series of online topical seminars with leading scholars in 2021 and other events). I have organized a number of DID special panels at the academic conferences in Russia (Moscow, St. Petersburg) and abroad, and I also am proud to be leading DID networks in social media: Facebook where we have just reached a number of one thousand followers, and Twitter.

For me, having an opportunity to collaborate with DID colleagues and organize projects together has always been a true honor and pleasure. If elected, I hope to build up on this successful collaboration by exploring new publishing opportunities for our researchers, expanding our membership, and creating new lecture and research exchanges for WG members and for everyone interested in the topic of digital divide and digital inequalities. I believe that my experience as Vice-Chair of the Digital Divide Working Group, IAMCR Ambassador and IC member, vast experience in international collaboration and research, and my knowledge of the digital divide academic field (both teaching and research) can make me a good candidate for the position of the Digital Divide Working Group Co-Chair.

I would like to thank all the colleagues for considering my candidacy, and I would like also to endorse the candidacy of Massimo Ragnedda as my potential Co-Chair in the Digital Divide Working Group. 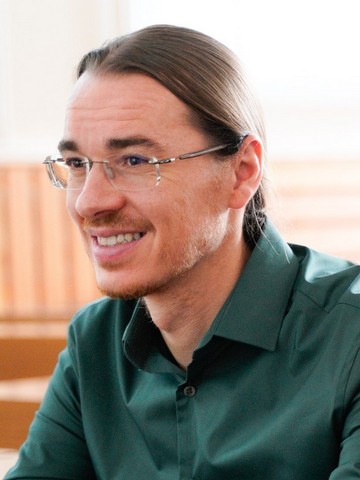 My aim is to stimulate the growing field of Digital Divide and Digital inequalities. I have strongly contributed to this field in the last 10 years. With Laura Robinson I have just lunched the Palgrave Studies in Digital Inequalities, a new book series that is seeking monographs and edited volumes that speak to any aspect of digital inequality, digital divides, and digital inclusion writ large. In this area, I have also co-edited a special issue for the International Journal of Communication and for Information Communication and Society. Additionally, on the topic of digital divide, I have organized a special session at MECCSA 2015 and co-organized a preconference in Cartagena (IAMCR 2017) and Madrid (IAMCR 2019). Furthermore, in the last few years, I have been invited to give keynote and guest lectures in several countries in the world. I wish to facilitate the exchange of ideas and experiences, and where possible to facilitate collaboration both among members of the Digital Divide Working Group, and external scholars from and as many different countries as possible.

I have been serving as co-vice chair on an interim basis since IAMCR2017 conference and I was elected as co-vice chair in 2018. I would appreciate the chance to continue to work for an organization I love so much. It would be an honor for me to keep serving the IAMCR and, if elected, I would work to offer new publishing opportunities for our researchers (e.g., the two IAMCR pre-conference I co-organized in 2017 and 2019 became respectively a book published by Amsterdam University Press and a special issue for ICS), research exchanges opportunities for WG members and collaboration with other organizations.

I would like to thank all the colleagues for considering my candidacy, and I would like also to endorse the candidacy of Anna Gladkova as my potential Co-Chair in the Digital Divide Working Group.